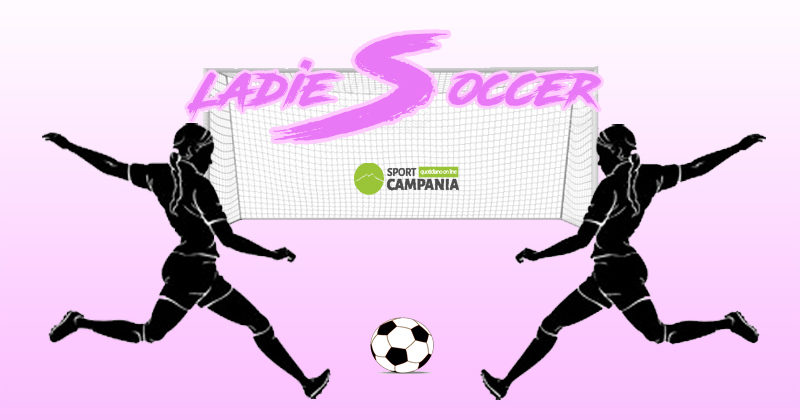 Venusian side of soccer is always considered a dark side, not fascinating, not spectacular, which does not deserve attention and visibility. Behind this side are athletes, coaches and even journalists. A painstaking, almost perfectionist work of people who fight against history, but also against culture to be able to play a role they love most without feeling judged, guarding with disdain and disgust, but above all without being considered as pieces of meat positioned there to draw attention and share it in front of the TV.

About this, Sport Campania has decided to give visibility to the pink side of soccer, with our new column: LadieSoccer. For the third exit we decided to collect Samantha Ciaravino, a militant American striker in the row of Casalnuovo Women, in Campania Excellence.

How arises your passion for soccer?

“It has evolved through my years of playing. When I was younger it was mainly for competition and championships but now as I’m older with different life experiences, I play not just for winning but for this team.

This team is like no other, truly unique individuals that makes playing worth it. Everyone’s interest is in how the team does as a whole, not as individuals and that is very unique. It pushes me to work and train harder than before. I play not for myself but for this team, coaches and managers. I train hard to motivate others, to help them grow. Many are younger and have such bright futures in this sport and in life and I just want to add a positive influence to them all by trying my hardest”.

You’re from the usa. What is the difference in the conception of women’s football between Italy and America?

“Women’s soccer has been growing and supported in the USA since I started playing at 6 years old (1995). There have been more opportunities in the USA to develop but it is good to see Italy moving in that direction as can be seen in the results of the most recent 2019 Women’s World Cup.”.

Who is you idol?

“Probably Christie Rampone of the USA. She is the oldest woman player, a mother and continued to be an impact player on the national team. Although I am an attacker, I enjoy watching defenders. It takes a lot of intelligence and patience. Watching her positioning, decisions and leadership has always been enjoyable. It gives me hope that even as I get older and have a son I can still do something I love!”

You are a mom and a footballer, how much do you think you look like her from this point of view?

“I am similar in that I am fortunate to have opportunities to play soccer and that my body and mind allows me to do so. I think we are similar in that we both get to continue playing the game we love and that we can share in many memories. It shows that we both do not let society define us as just one thing, not just a mom, not just a footballer but as what we want, which is many things”.

What is your biggest dream to achieve?

“My biggest dream is to leave a positive impact wherever I go and in whatever I do. Right now, in life, that would be through my son, family and friends. In soccer, that would be with and through this team. I find happiness with the people around me, whether I be a mother, teammate, coworker or friend. Individual accomplishments rarely are earned alone. It takes a village of people to get to places in life and developing these relationships with people is what adds to the greatness of these times”.

At Casalnuovo this new all-pink reality has arrived. You are fifth, you are firm, but with an excellent positioning. You are top scorer, did you expect that?

“You go into every season with high goals, as a team and individually. Not knowing much about Italian women’s soccer, I didn’t really know what to expect. However as the season progressed and the team started building stronger together, I see high potential for the remainder of the season and future years. The team is new and young with so a lot of talent. Several other teams have been playing together for years. It’s impressive the success we’ve achieved and how far we’ve come in such a short time. My individual success is thanks to the support and trust of my teammates, coaches and staff members of ASD Casalnuovo Woman”.

What is your hope for women’s football in Italy and in the world?

“My hope is that the sport continues to grow. I hope that girls and women in Italy and the world get more opportunities to play and compete. I want girls and women to feel the support playing this great game”.

Where do you see yourself in five years?

“In 5 years, I see myself hopefully still playing but in reality I may play in a different way. I will probably change to a role of a coach and supporter for athletes both boys and girls. I’d like to say I’d play forever but as my son grows and starts playing competitively himself, I may need to change my roles in teams and life because he will become first over me 😅. One thing is for sure, I will always support and be a part of Casalnuovo Woman”. 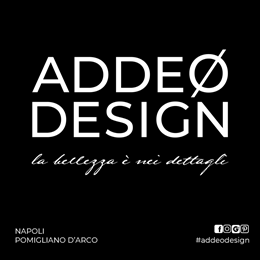